This week is the same as last week (and the one before that and...... you get the idea!)  What did I work on this last week?  In terms of sewing/piecing - I worked on strips!

Most of the piecing (excepting the LE project) involves only putting on the borders.  The big project (IF I get everything else done!) is Holy toledo.  This is just piecing, mind you.  The actual quilting will be a different time.

The items to be QUILTED are pretty much straightforward and are relatively small projects.  Be aware, however, I may or may not include binding in this. 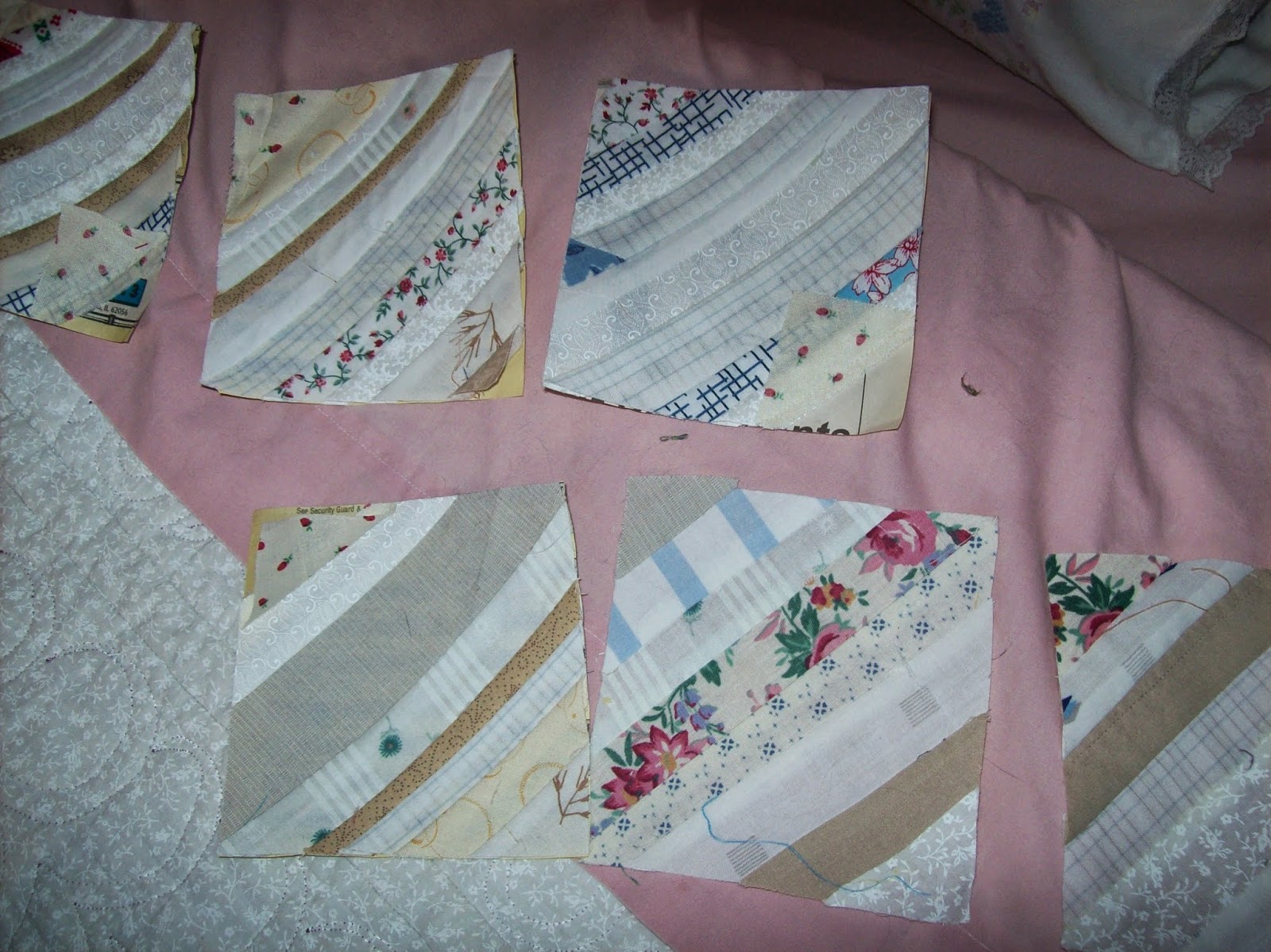 Q: When does a Leader Ender take over the sewing?
A: When it WANTS to!

Honestly - I've had wishes and wants in terms of finishing up a bunch of projects - but definitely haven't done that (or you would see the pix!)  So - in terms of keeping some sort of mojo going, I piece some of these little do-dads every day.  Or if not piecing - then I'm pressing them, cutting to size and ooh-ing and aah-ing over how cute they are.

What am I going to use them for?  I'm working on Jamestown Landing - the strip part.  AND if I can get enough of the strips done this week, I think I will start on the HSTs - which I could do LE style - and may.


GO AND DO
HOUSE - starting on springtime decluttering - and freecycling
GARDEN -

KITCHEN
QUILT
Posted by Helen at 6:00 AM No comments:

A lot (not all) of last week's menues were not used - mostly because events, refrigerator and freezer space, my bank account and the need to run to the store (what do you mean I'm out of fish??!!!) all coincided to give me a week of leftovers and some make do meals with such things as Mexican style spoon bread, entirely too many omelets (I do love omelets!), homemade chili (which I also dearly love!) and basically trying to use up all my odds and ends in different ways.  I STILL have a lot of items to use.  AND I need to clean my refrig!  So - I'll list my leftovers - then make up menues/new items from there.


dairy - never any problem using this area up!


this is what is in the refrigerator proper.  the freezer has other items in it.

freezer
My freezer also has frozen goodies in it - especially since this is where I put all the leftovers or those portions I saved out ahead of time (when I cook - if something has 6 portions, 4 get popped into 2 separate containers and frozen BEFORE I sit down to eat!  I still have enough for seconds this way - or for my leftover meals.)  HOWEVER this does need to be gone through now and then.

Fish - fried - and frozen.
Dibs and dabs - a serving or two for lunches at work
6 quarts of frozen homemade soups - could be chicken and rice, chili, bean soup, and I do have 2 mysterious soup containers in there to furnish a bit of adventure.

I also need to focus on using up my pasta (yay!) - which includes spaghetti, orzo, rotini, shells, mostaccioli.  Mostaccioli is easy - since I can make Hungarian goulash - using my frozen ground turkey instead of beef, and my tomatoes/peppers and other good stuff that I dehydrated - or even adding the jar of spaghetti sauce I just found in the frig door.

Another "easy" - spaghetti with veggies, sauteed and tossed in with tuna to make tuna fusilli.  And then, of course, orzo does nicely in soups - although I don't use this form of pasta often enough, while shells are my favorite to use when making mac and cheese.  Rotini I like to use in salads.  All (except orzo) are dibs and dabs and need to be used up!

SUNDAY
B:scalloped eggs, biscuits and tea
L:soup
D:leftovers
Posted by Helen at 11:32 AM No comments:


GO AND DO
HOUSE - starting on springtime decluttering - and freecycling
GARDEN -

KITCHEN
QUILT
Posted by Helen at 11:34 AM No comments:

03-23-14 -Week 12 - nothing has changed since last week.  I did a lot of sewing - but it mostly was on strings, crumbs, and an occasional block here and there.  Didn't FINISH anything - whether flimsy or quilted.

Suggestions And why no WAIWO these last few days????

Once again - I think I'm changing my focus a tad bit.

Yes, I will still post my weekly menu and my weekly goals.  BUT not again on a daily basis.  Why?  Because I have a PRINTER! and can print out and MARK OFF my weekly goals as accomplished, provided that I actually accomplish them!  Posting them on a daily basis is NOT helping my overall success like I hoped that it would.  Perhaps actually  ATTEMPTING to accomplish them will!  I just have to remember.... 15 minutes at a time! and while that may not complete something - it sure will get SOMETHING done that wasn't done before!

What else to post?  Stash report and Design Wall, new Flimsies and completed quilts, maybe when I "graduate" from one homeschool (I'm homeschooling myself - again!) level to the next - with pix of the before books, and the next to work on.  Pictures and discussions of new and to do projects, moans and groans and mostly cheers for such things as SPRING! GARDENS! and the FIRST TOMATO!  Yeah!  Maybe even for a really good meal that I thoroughly enjoyed (and ate too much of!) and for that 5 pound loss each month (don't hold your breath!) that I theoretically am committing (almost) to.

Monday is today! one day closer to SPRING!

KITCHEN
QUILT
Posted by Helen at 6:00 AM No comments:

KITCHEN
QUILT
Posted by Helen at 7:00 AM No comments: 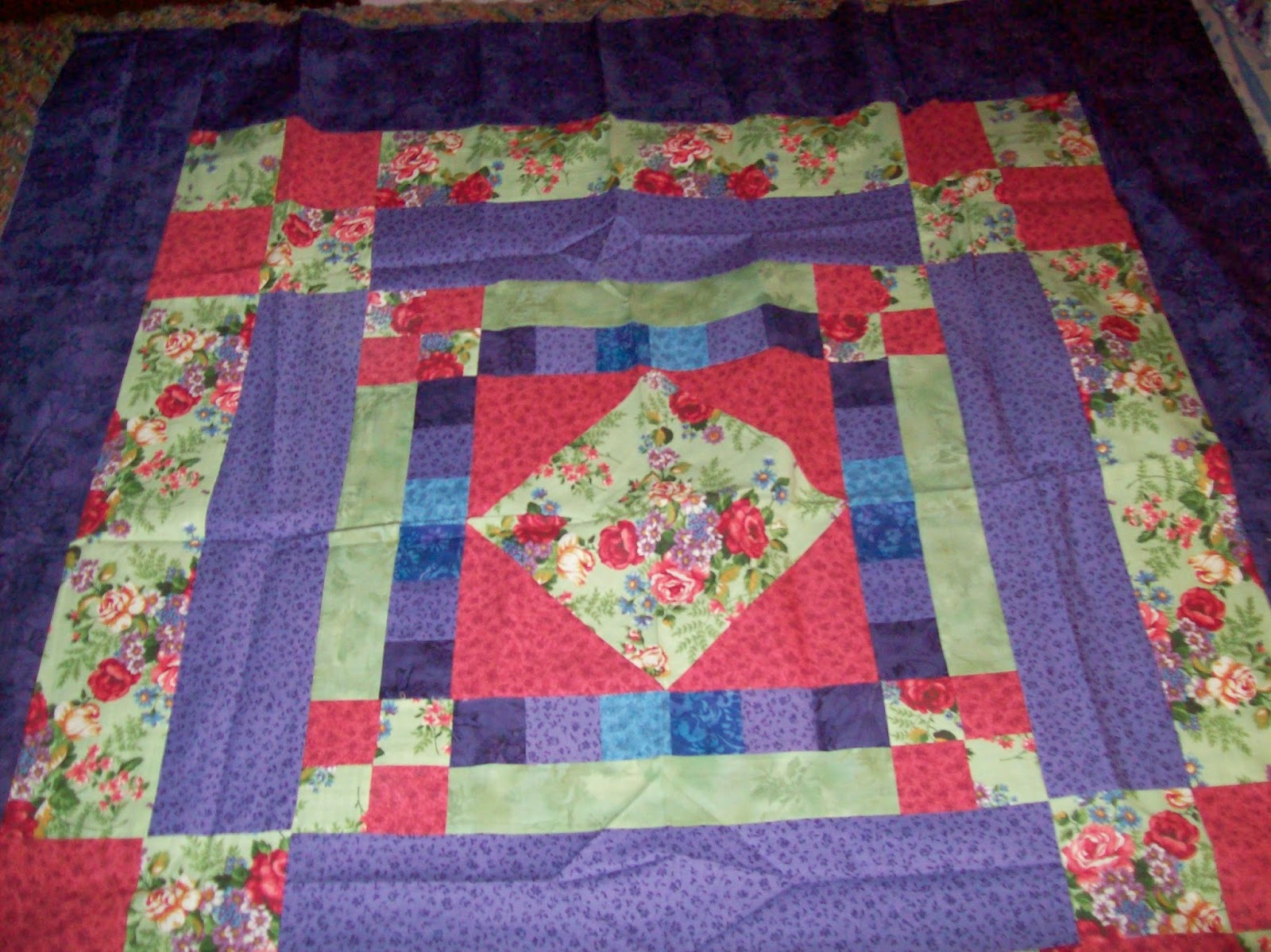 KITCHEN
QUILT
Posted by Helen at 6:30 AM No comments: 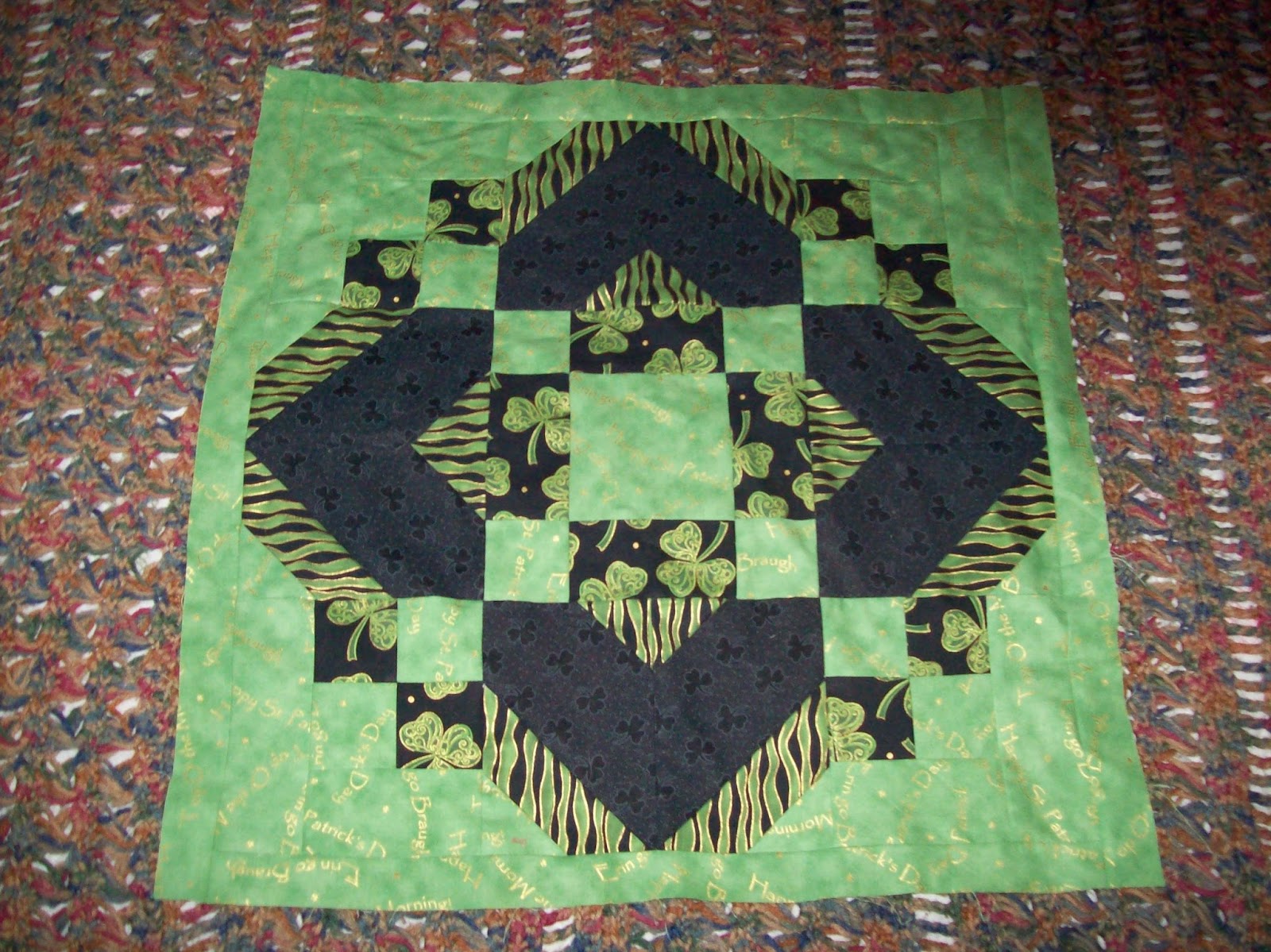 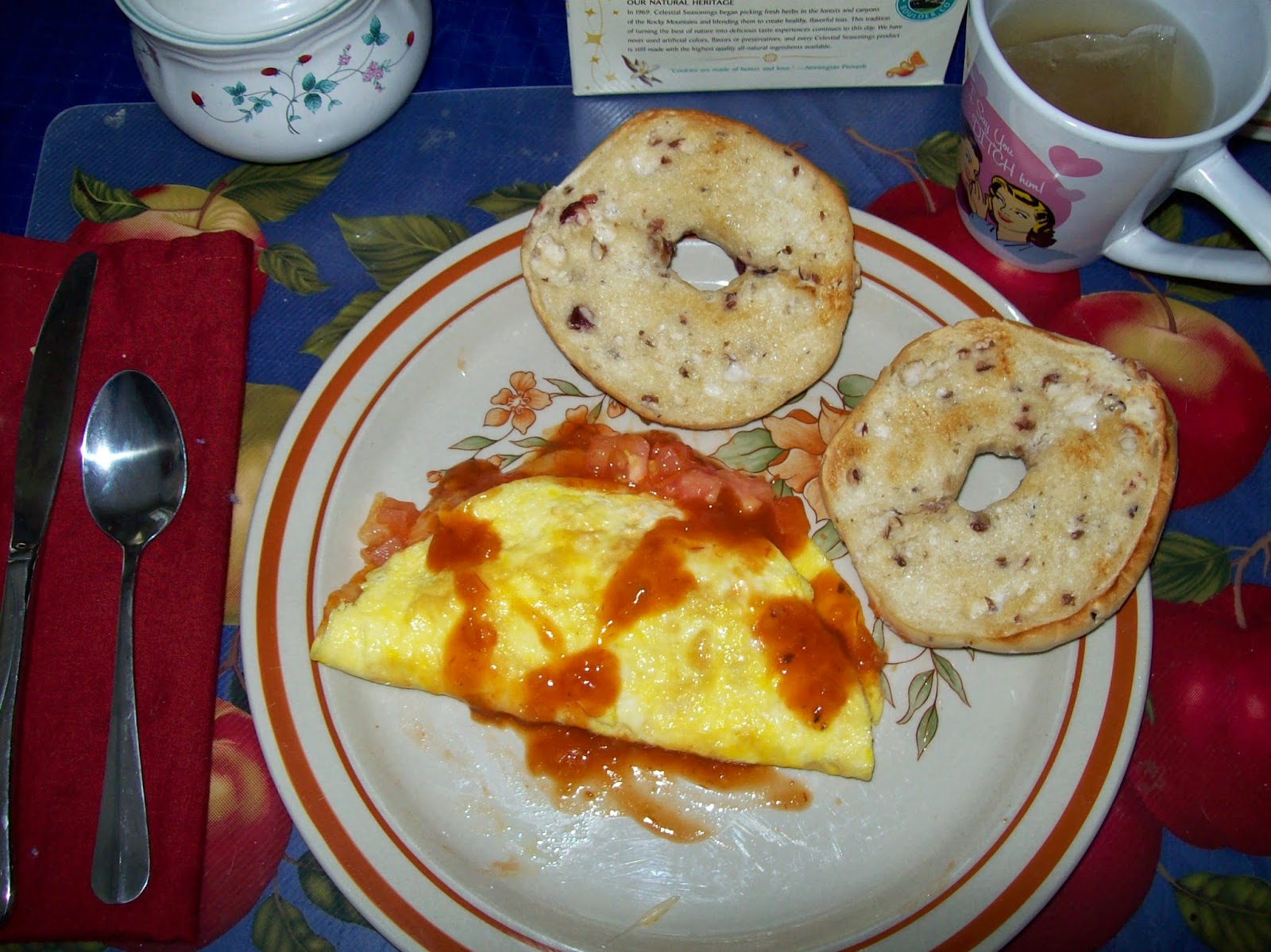 Saturday! Made it! Whew!

QUILT
Posted by Helen at 6:00 AM No comments: 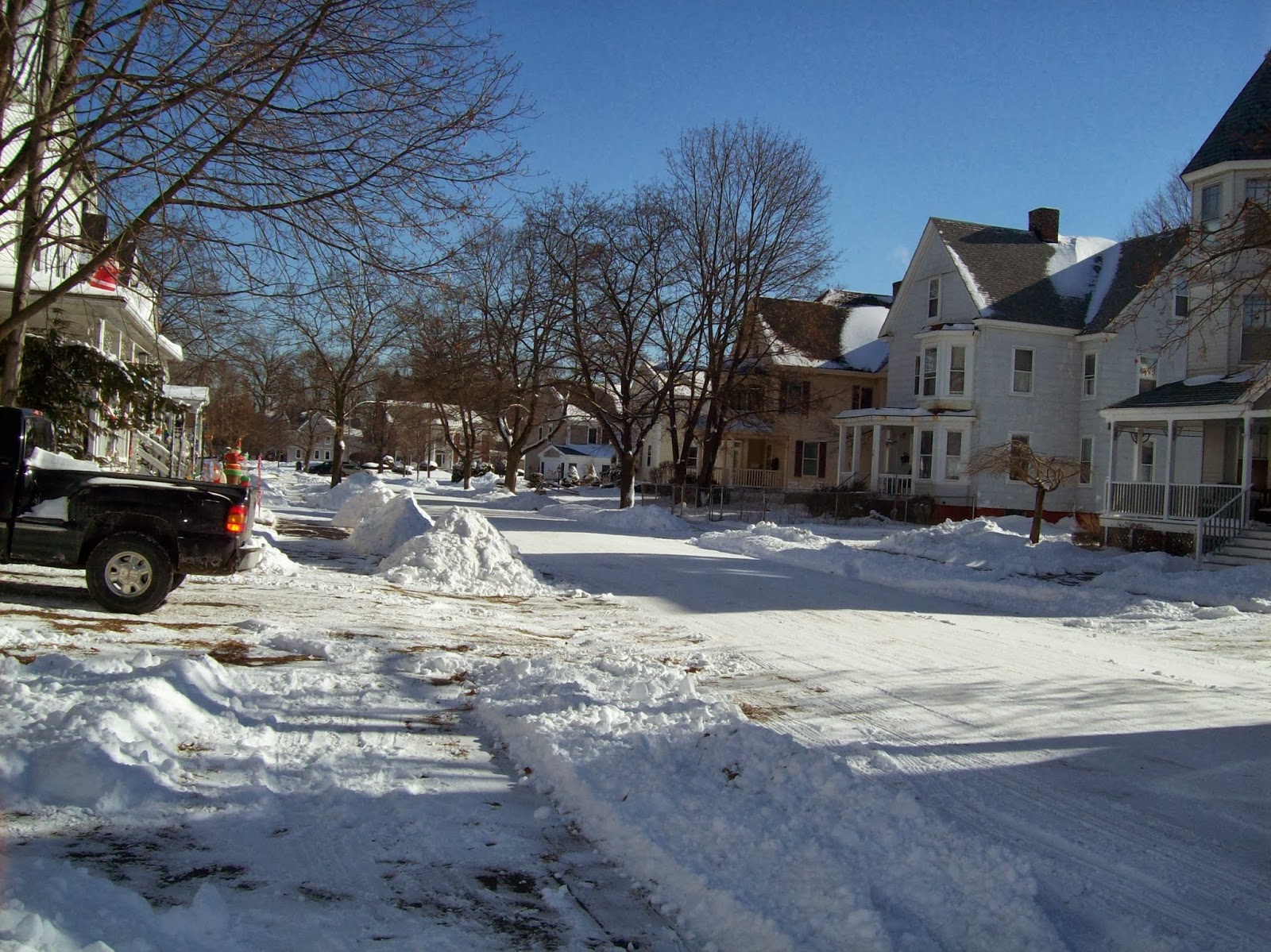 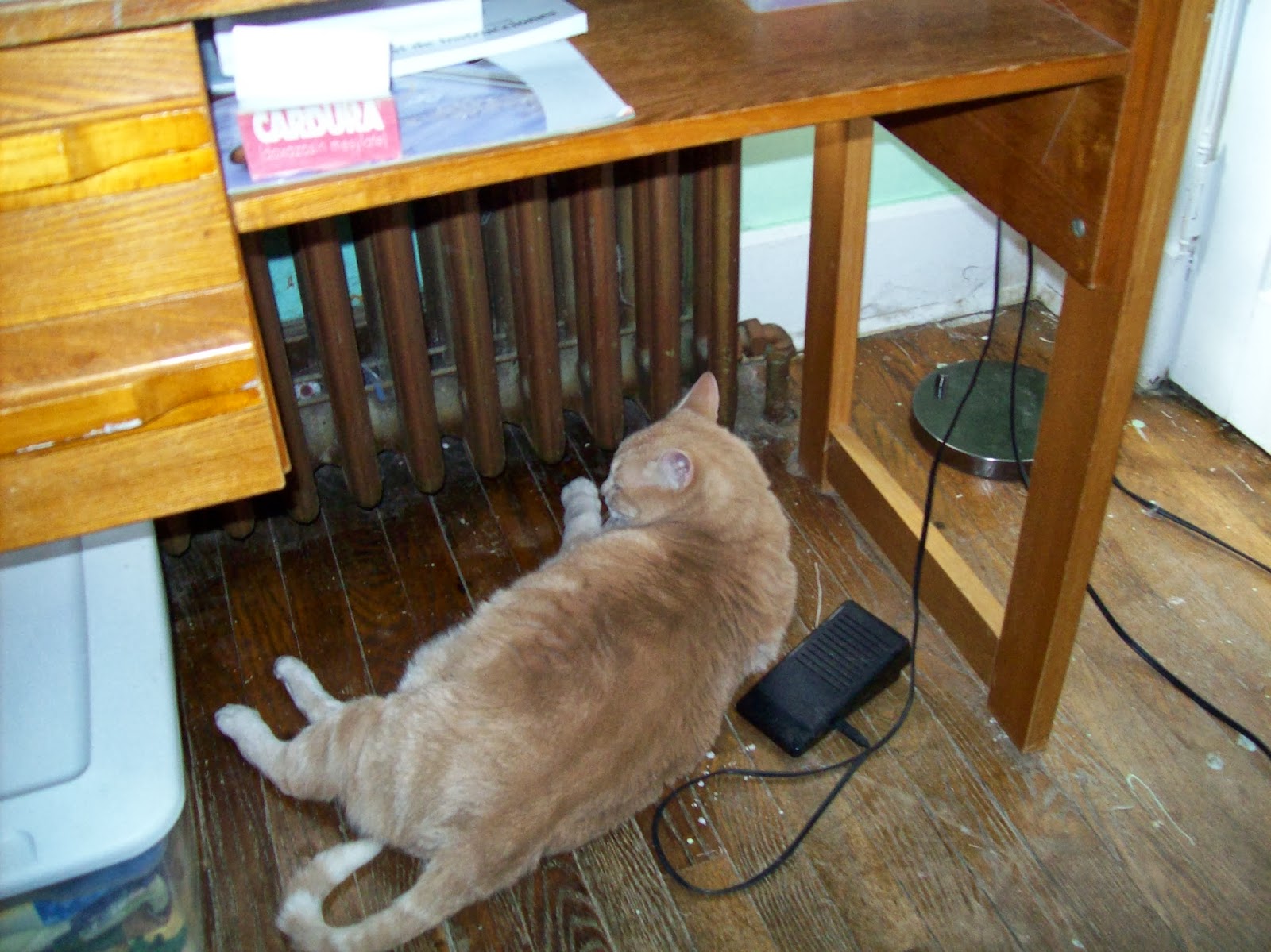 03-09-14 -Week whatever - Had computer probs - which does NOT explain why I didn't get anything done!

GO AND DO
HOUSE -
QUILT 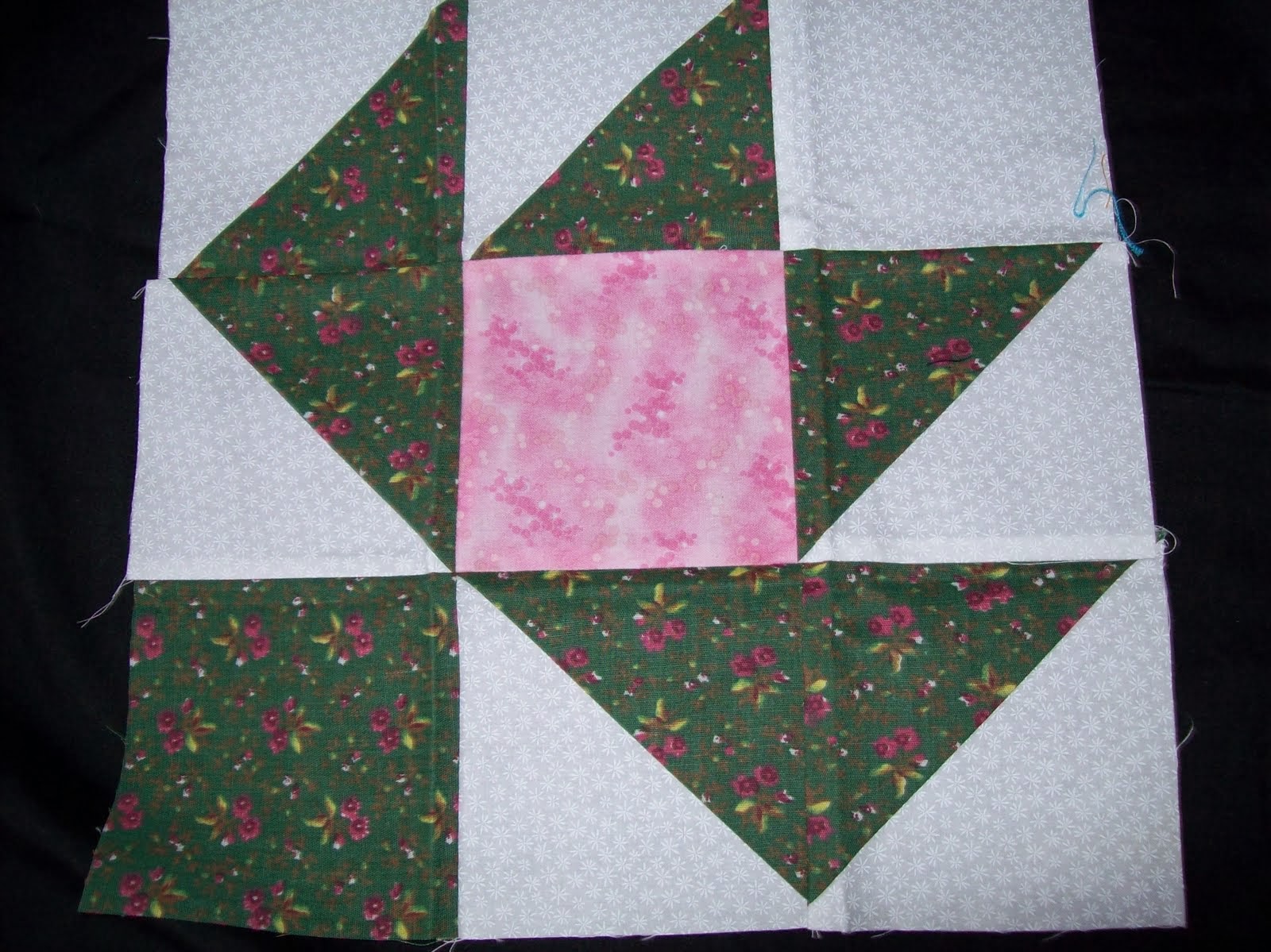 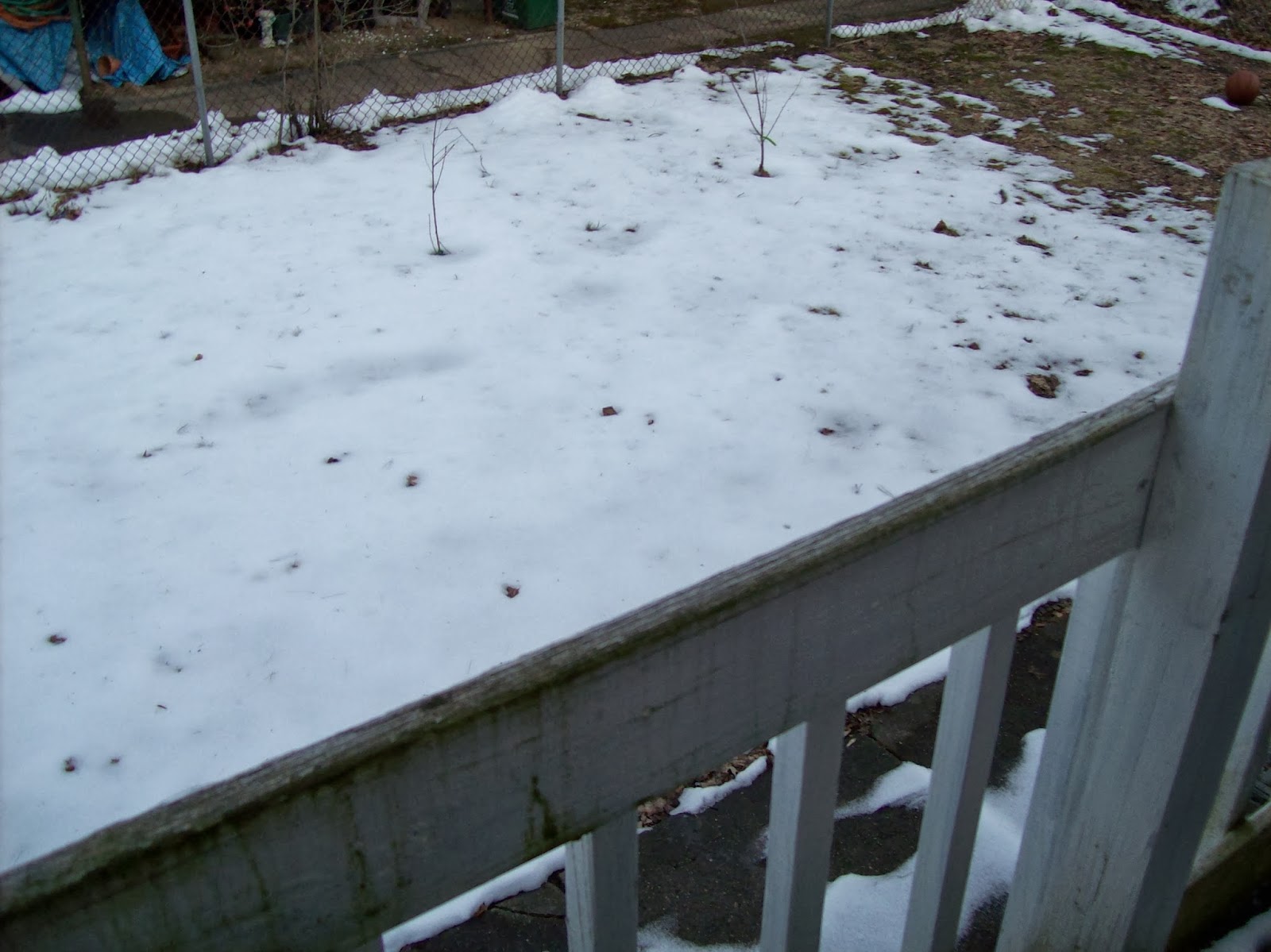 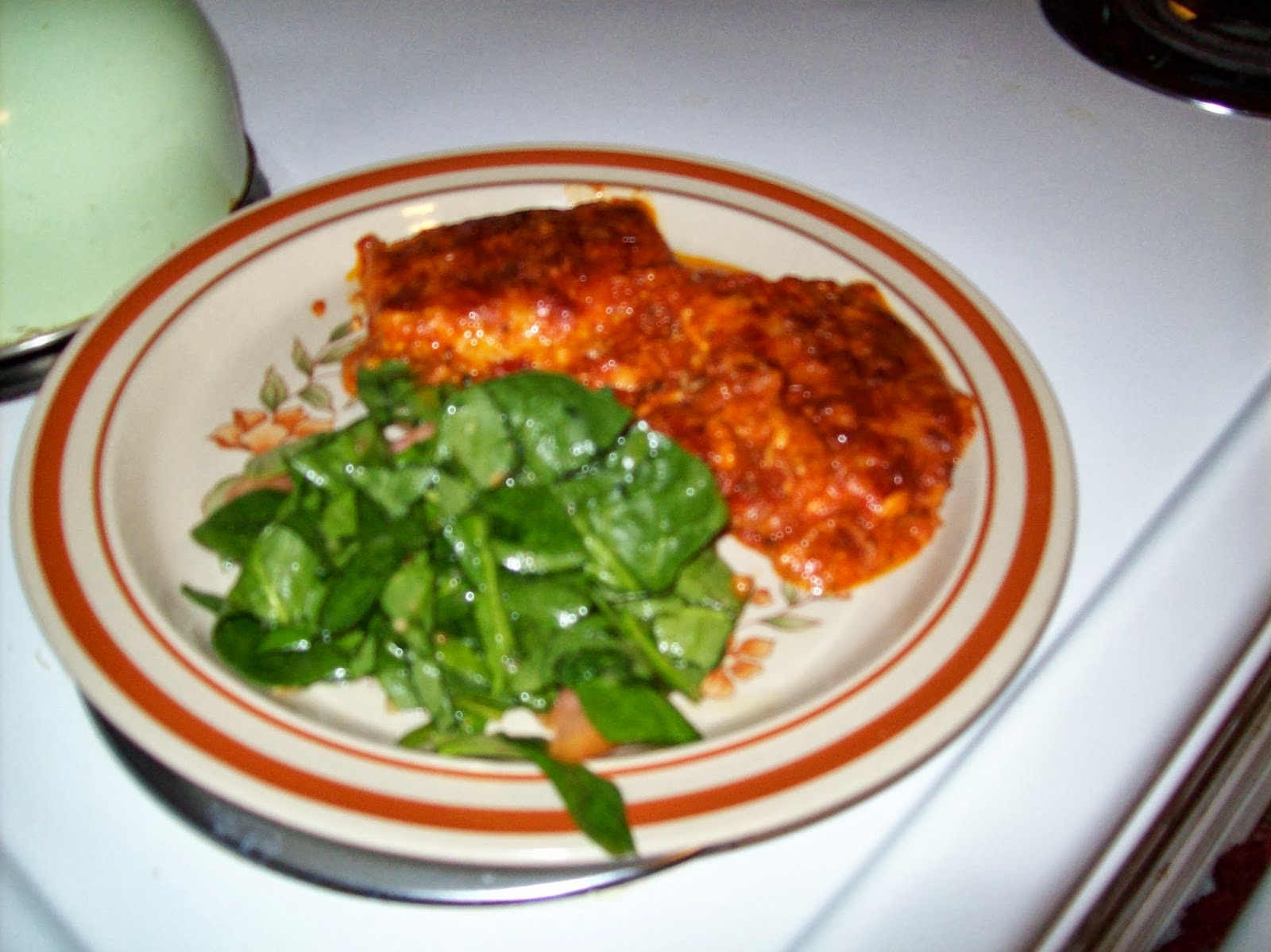 Hmm - after a month away from posting on here, one would think that maybe I wouldn't need to post goals anymore!  Yup!  That's what one would think, they would!

That one'd be wrong, however!  Yes, I essentially keep things picked up.  Yes, I am working on a quilt or two ... or three or four!  Re studies..... well, moving right along......  (I am taking a course - Citizen Police Acadamy - not a game - but the real thing - as long as you keep the CITIZEN part on there!)

The point is - I NEED goals!  Goals are something to strive for - maybe not achieve all of them, but achieve enough or enough strides towards them that I keep moving forward instead of drifting - something I am quite good at, btw!

AND - goals help me to NOT play Criminal Justice games to all hours of the morning.


GO AND DO
HOUSE -
KITCHEN 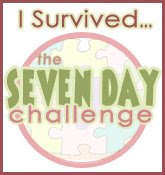